Onlab Resi-Tech has 2 programs: The Seed Accelerator Program and the Corporate Program. Major players in the real estate, construction and infrastructure space will participate as partners and provide mentorship and guidance to participating startups.

Sensor technology that facilitates the automation of living environments

Services aiming to improve the process of purchase/sale of real estate properties and efficiency of brokerages, and services that create more transparency of real estate information for both businesses and consumers.

Services that realize safe and abundant lifestyles in areas such as education, nursing care, healthcare, housework, and security

Businesses that contribute to the realization of a sustainable society. Examples include the improvement of infrastructure such as electricity, gas, and water, the revitalization of a city via the utilization of robots and services that improve the safety and efficiency of construction sites

Services aiming to create a more comfortable and convenient lifestyle via the usage of a network that connects the entire home to the internet.

6. Other services and technologies that do not fall under 1~5

Besides initial funding of up to 10 million yen for the Seed Accelerator Program, we also provide an opportunity for startups to raise more capital at the end of the program during Demo Day, where startups pitch their ideas to an audience of domestic/global investors. For corporate program participants, additional capital can be provided, if deemed necessary.

By interacting with other participants, experienced entrepreneurs, and subject matter experts, participants will have the opportunity to receive valuable feedback from diverse perspectives.

Working spaces will be provided free of charge to the seed-stage startups, so they are able to focus on growing their businesses. Additionally, the incubation space in San Francisco will be provided at a special discounted price.

During the program, support is provided so startups can work to create an ecosystem with large corporations, which are normally difficult to form close relationships with. Additionally, we provide support and guidance in setting proof-of-concepts with our partner companies.

We will send you the latest events information and articles
or notify opening of application for each Onlab's Program, and more. 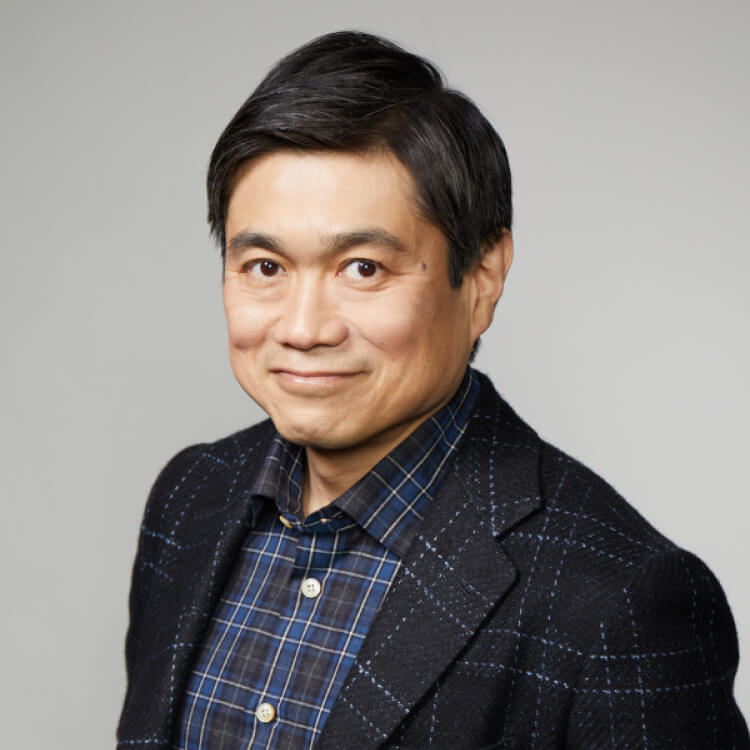 Joichi Ito is an executive director of the MIT Media Lab, Japanese activist, entrepreneur, and venture capitalist. He is a co-founder and board member of Digital Garage. He is on the board of CCC and Tucows. He is on board of a number of non-profit organizations including The Mozilla Foundation, WITNESS and Global Voices. He has created numerous Internet companies including PSINet Japan, Digital Garage and Infoseek Japan and was an early stage investor in Twitter, Six Apart, Wikia, Technorati, Flickr, SocialText, Dopplr, Last.fm, Rupture, Kongregate and other Internet companies. 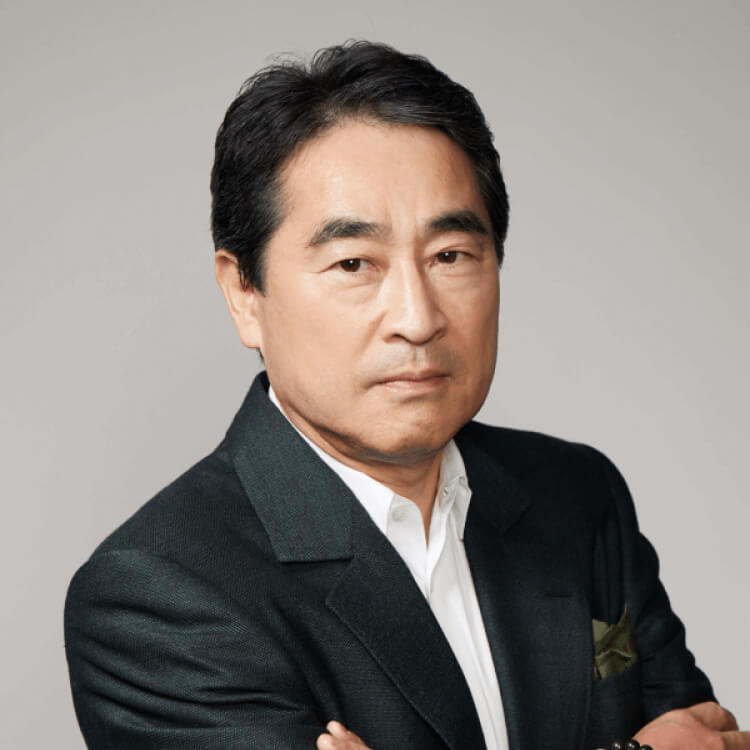 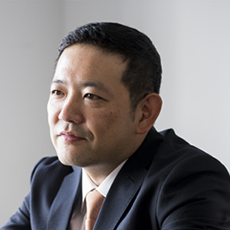 Born in 1974. After graduating from college and working at JT (Japan Tobacco), he joined Kakaku.com in 2001. He was in charge of negotiating partnerships and alliances between advertising agencies, e-commerce players, and shopping malls. He also led the automobile insurance, broadband, telecommunications, and financial departments. He has been a Special Advisor to Open Network Lab since April 2015. 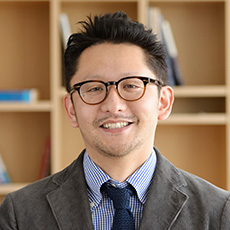 Atsuhiro Murakami received a BA in Economics from Keio University in year 1997. Atsuhiro was in charge of corporate reformation and IT promotion for many large japanese corporations. In March of 2005, Atsuhiro founded “Tabelog,” which is now the largest gourmet site. Since April of 2009, Tabelog started subscription business for restaurants. Atsuhiro is still currently the director of Tabelog Division and continues to run the business. Since September 2011, he is also a Special Advisor to Open Network Lab, Inc. 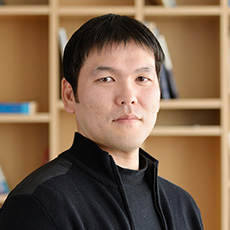 Born in 1975. After graduating from college, he entered Itochu Techno-Solutions Corporation. As a Systems Engineer, he participated in the construction of internet service infrastructure for mobile phone carriers. Entered Kakaku.com in March 2004. From May 2006, he became the Head of Brand Marketing Division and was in charge of the large-scale renewal in October 2007. Currently, he is responsible for management of the site’s shopping contents. An expert in clean SEO, which does not harm usability, he also supports the site’s overall SEO. Since September 2011, he is also a Special Advisor to Open Network Lab, Inc. 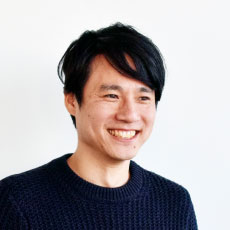 After experiencing building 2 startups when he was in college, he joined Kakaku.com in 2010. He led Tabelog subscription business for restaurants, mainly in charge of building sales strategy and business plan. Since 2017, as a head of PR/marketing division, he is responsible for creating branding strategy in marketing management. 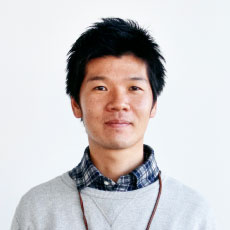 Tomoyuki Watabe joined Kakaku.com in 2011, mainly in charge of subscription business for restaurants and individual users. In 2014, he launched lifestyle media “Kinarino”, accelerated its growth to become a website with 1,000+ unique visitors per month in less than 3 years. Currently, he is managing Kinarino, and many other Kakaku services. 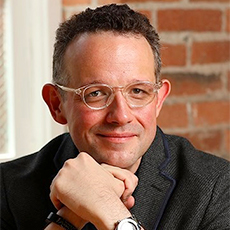 Cofounder and CEO, All Turtles

Phil is cofounder and CEO of All Turtles, a new AI startup studio working to use artificial intelligence to solve everyday problems. He is a cofounder of Evernote and is its former Chief Executive. Phil is a Senior Advisor at General Catalyst and board member of the companies he invested in while serving as Managing Director for the company. Previously, Phil founded and served as president of CoreStreet, which was acquired by ActivIdentity (now owned by HID Global) in 2009. 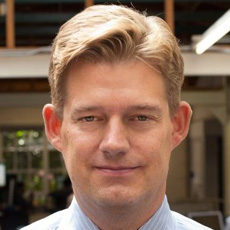 Nils Johnson is an investor, entrepreneur, and a mentor for Y Combinator. He started his career at Bergdorf Goodman, selling for Calvin Klein. From the world of fashion, he went on to finance at Deutsche Bank. From there, he went on to found an international telecom company, Gorilla Mobile. 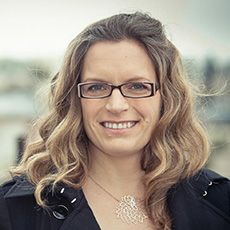 Janice is a serial entrepreneur and UX designer. During her 15 years in Silicon Valley, she has raised capital, founded both successful and failed startups, consulted to both large enterprises and early stage firms. Janice was cofounder of design firm Adaptive Path and served as the company’s first CEO. During her tenure, Adaptive Path tripled in staff and revenues, developed and sold a product to Google. 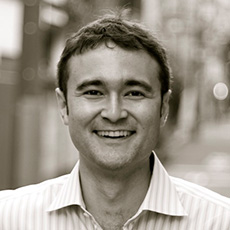 Born in Boston, with an American father and Japanese mother. Lived in North America, London, and Tokyo. Returned to Tokyo after graduating from Stanford University, and founded the translation platform Gengo, to further his ambition of supporting the globalization of Japan. He sometimes tweets at「@quanza」. 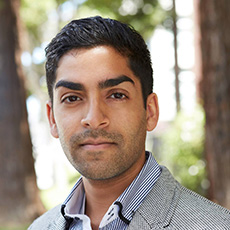 Dropping out once from high school at 17 to join Yahoo! Mobile, then again from UC Berkeley at 19 to join AOL to work on M&A. Afterwords, he co-founded Y Combinator and SV Angel backed, Trigger.io. Since leaving Trigger, he is currently working on his new startup, AdStage, an all-in-one advertising platform. Sahil is also a mentor for 500 Startups, Inc., where he shares his expertise in the gaming industry as well as the mobile web and app distribution. 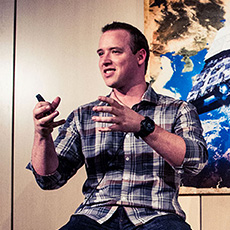 Director of Growth & Revenue at Wealthfront

Andrew Johns is currently Director of Growth & Revenue at Wealthfront. One of the original members on both Facebook and Twitters’ user growth and engagement teams, Andrew later moved to Quora, where he was product manager of user growth, working on such projects as logged out conversion rate testing, email, onsite merchandizing, new user experience, contact importing and invite systems, and other projects focusing on active user growth. Andrew have also spent a few years as a Consultant or Advisor for startups like Insidr.net, ShopWell.com, Altius Education, and several others. 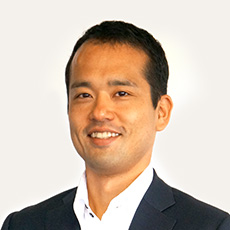 Teruhide Sato participated in founding the Japanese subsidiary of US payment company Cyber Cash (now VeriTrans) while he was in Keio University SFC. In 2000, he takes the post of President CEO of netprice, Ltd. (currently BEENOS Inc). In 2008, the World Economic Forum elected Teruhide as a “Young Global Leader”. Currently, he supervises eleven subsidiary as Group CEO and leads the entrepreneurs in BEENOS portfolio companies in e-commerce/online-payment business. 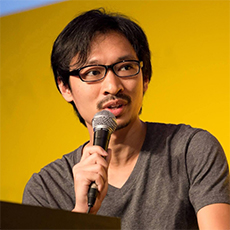 Hiro Maeda is a partner at BEENEXT, an early stage venture capital firm investing in India, Southeast Asia, Japan, and the U.S. With a degree in computer science and economics from Bucknell University, he has been an early stage investor in over 100 companies, including Everlane, Instacart, and Anyperk. Previously, he led the investment division at BEENOS. In 2010, he launched Japan’s first startup accelerator, Open Network Lab, in partnership with Digital Garage and Kakaku.com. Hiro was selected as one of the 2016 Forbes Asia 30 Under 30 in the finance and venture capital category. Notable investments include Instacart, Kamcord, FundersClub, Everlane, Lob, Screenhero (acquired by Slack), Pixelapse (acquired by Dropbox), Fril, Anyperk, Qiita, and many more. 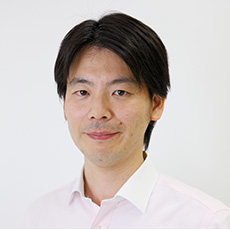 After graduating Tokyo Gakugei University, Mr. Yoshida worked at Pioneer and Reed Exhibitions, before becoming a corporate officer at Drecom, where he successfully conducted an IPO. In 2011, he established CrowdWorks, Japan’s first crowdsourcing service. By raising over one billion yen in funds from VCs, including Digital Garage, Crowdworks has currently become one of the most eminent startups in the Japan. 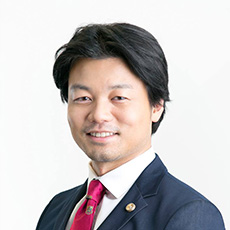 Graduated the Faculty of Law, Keio University of Law in 1998, and passed the judicial examination in 1999. He then registered as a lawyer (Daini Tokyo Bar Association) in 2001, and entered Anderson Mori & Tomotsune law office, where he practiced M&A and finance law, amongst other corporate law. In 2005, Mr. Motoe established his own private law firm, Authense Law Offices. In the same year, he established Bengo4.com, Japan’s first legal aid portal website. He is also the author of several law-related books. 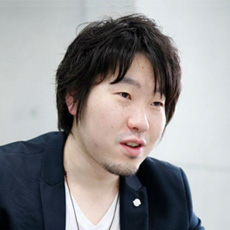 The founder of GoodPatch. Inc., a Tokyo-based UI design company. After his career as a web director, he flew to San Francisco, in 2011, to join btrax Inc, a web design, marketing and research branding a web consulting business, where he conducted events such as SF New Tech Japan Night, and also ran support for Japanese companies expanding into foreign markets. In the same year, he returned to Japan to start Goodpatch, a company specialized in UI planning and design. Soon after launch, he provided UI design to Gunosy, playing a big part in their successful business expansion. Since then, he has worked with new operations of large companies and startups, not just aiding in UI, but the product design, as well. 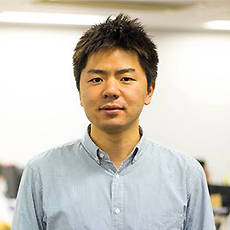 After graduating from Keio University, Mutsumi joined Accenture to work on government projects as a system engineer. In August 2010, he founded giftee, a casual gifting service. 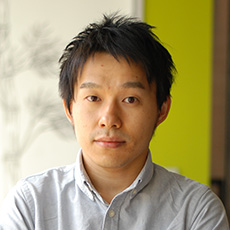 Born in Kyoto, 1985. Began his career in VOYAGE GROUP, inc., where he experienced establishing multiple companies. After fulfilling the role as CEO of subsidiary companies, Zucks, Inc. and adingo, Inc, he co-founded Fablic, Inc. in April 2012. 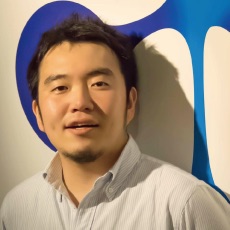 Founder and CEO of SmartHR, Inc., which operates SmartHR. Winner of TechCrunch Tokyo 2015 and B Dash Camp 2016. After being diagnosed with a disease that affects 1 in 100,000 people, Shoji was able to receive treatment and become fully cured because of the social insurance system in Japan. The appreciation felt during that time of need has led him to create SmartHR, a service centered around solving social insurance issues, three years afterwards during Open Network Lab’s 10th Batch Seed Accelerator Program.